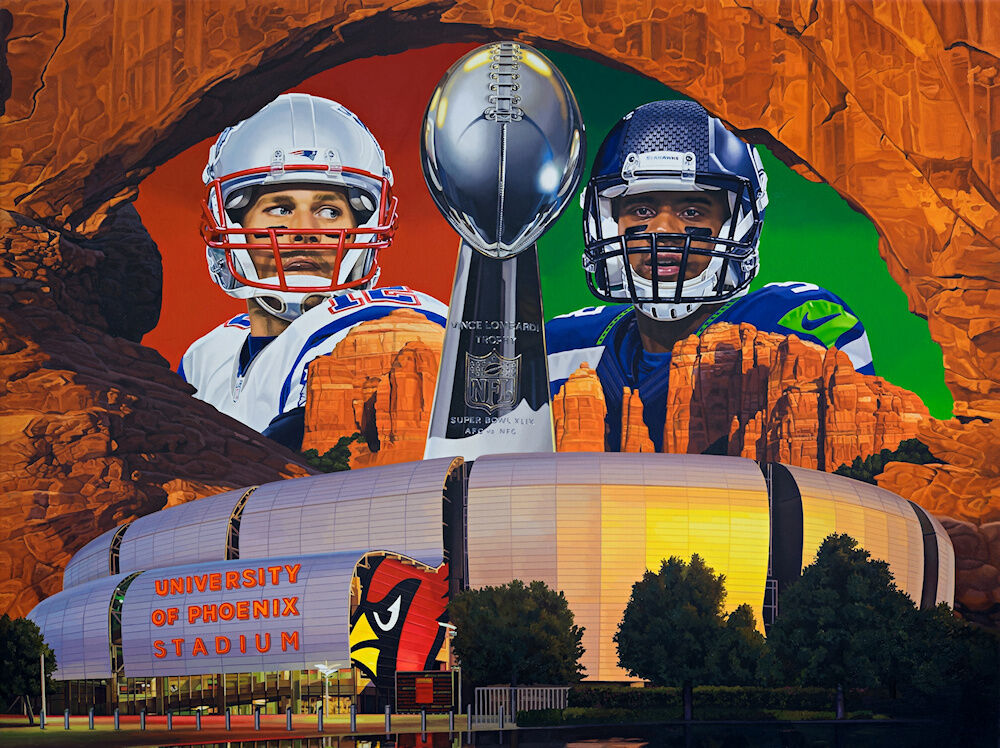 During his 28 year career, nationally acclaimed artist Danny Day has painted and collaborated with many famous athletes from all sports, including his many depictions of NFL Super Bowls through the years.  This year Danny joined forces with the prestigious Calvin Charles Gallery in Scottsdale, Arizona in order to create a stunning Oil Painting depicting Super Bowl XLIX.  The Painting was unveiled the week prior to the Super Bowl at the Calvin Charles Gallery.

In Danny’s painting, the Lombardi trophy rises above the University of Phoenix Stadium, host of Super Bowl XLIX.  Framed in a rocky Arizona arch, with Cathedral Rock in Sedona, Arizona in the background, both participating teams are represented.  The Danny Day Studio is pleased to announce the release of Limited Edition Giclees on Canvas reproduced from the Original Artwork and signed and numbered by Danny.  The edition will consist of only 49 pieces and will be numbered in Roman Numerals. 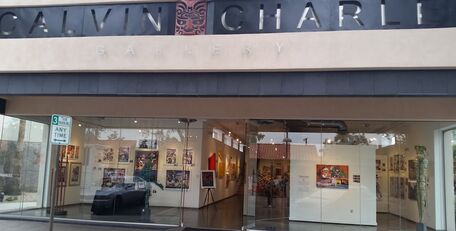 BACK TO SPORTS ART