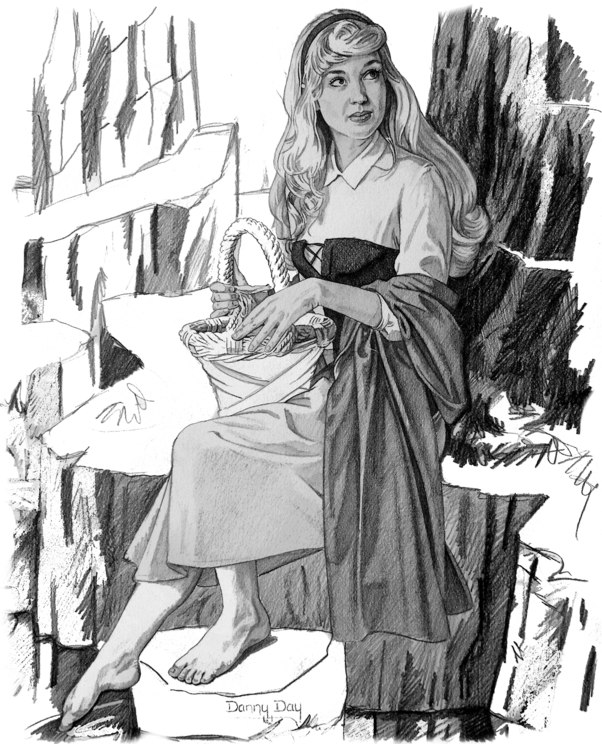 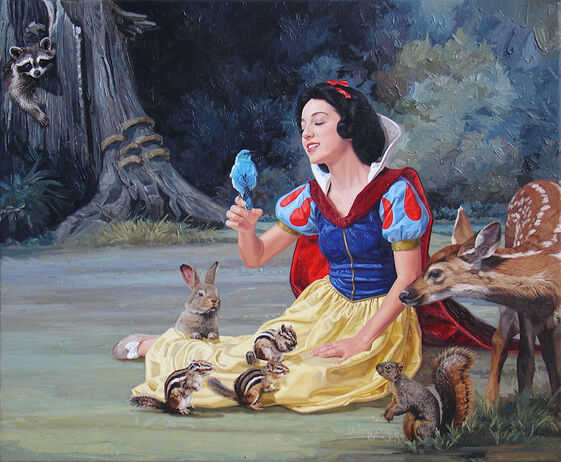 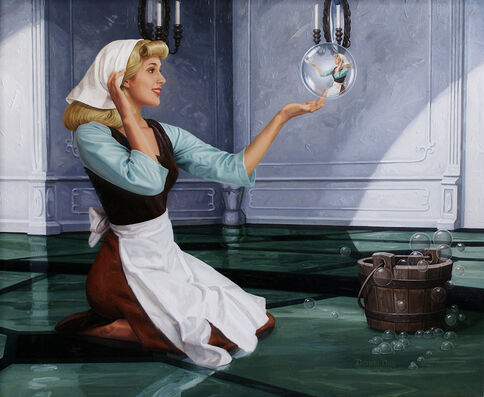 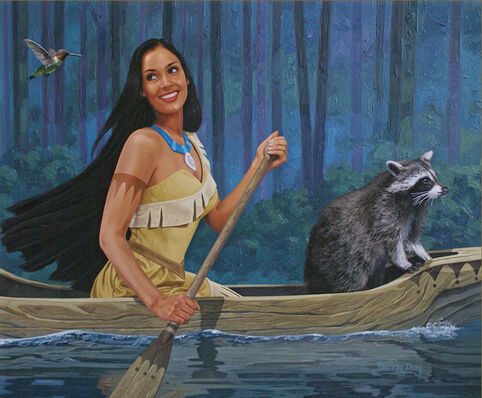 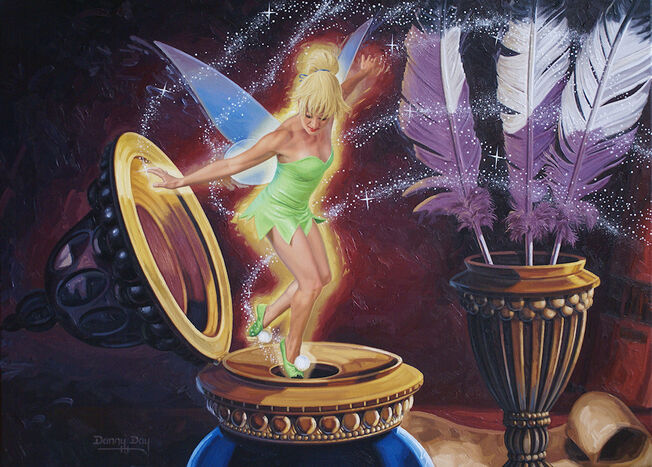 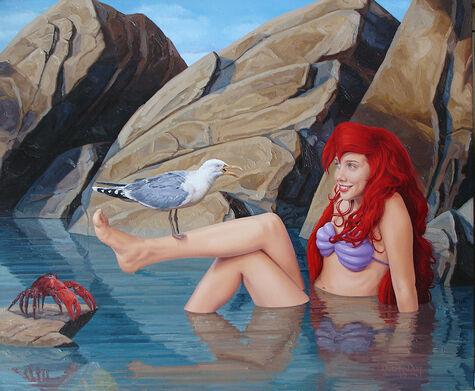 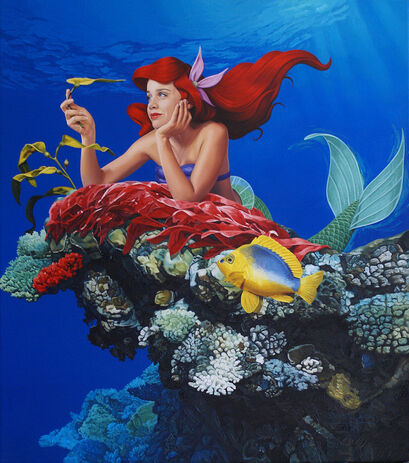 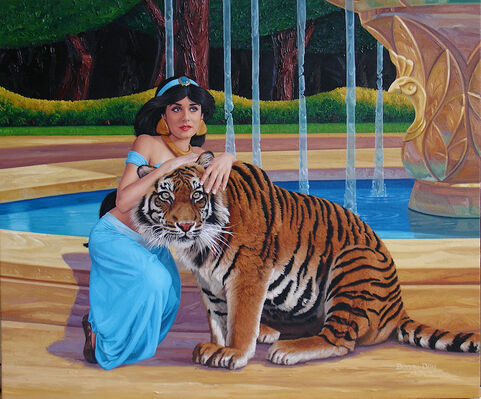 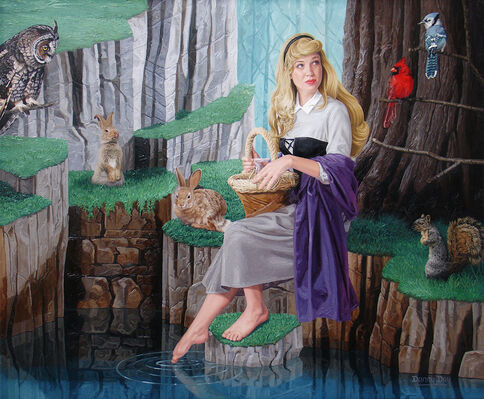 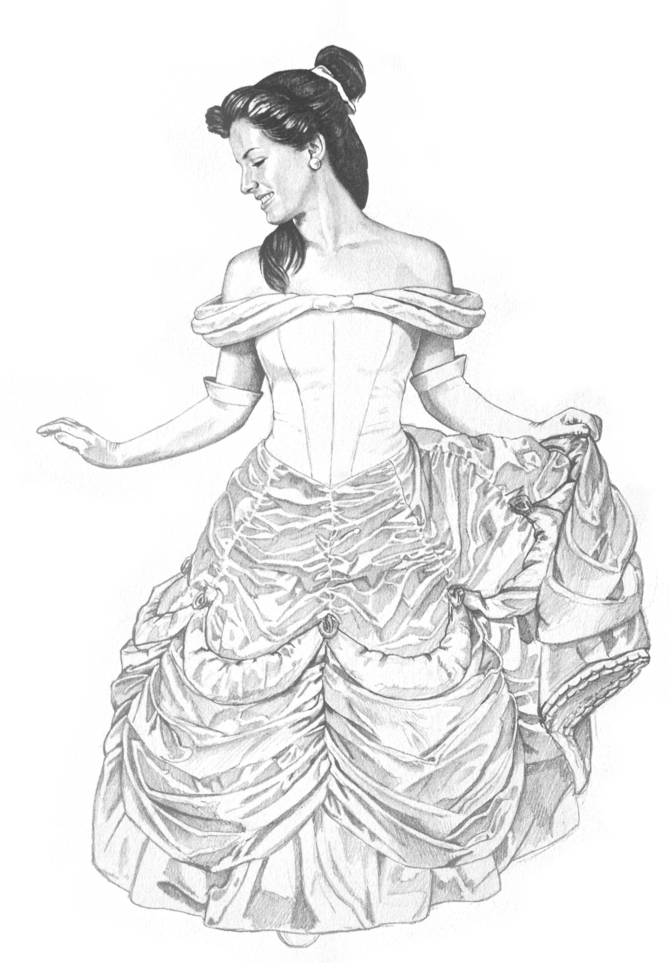 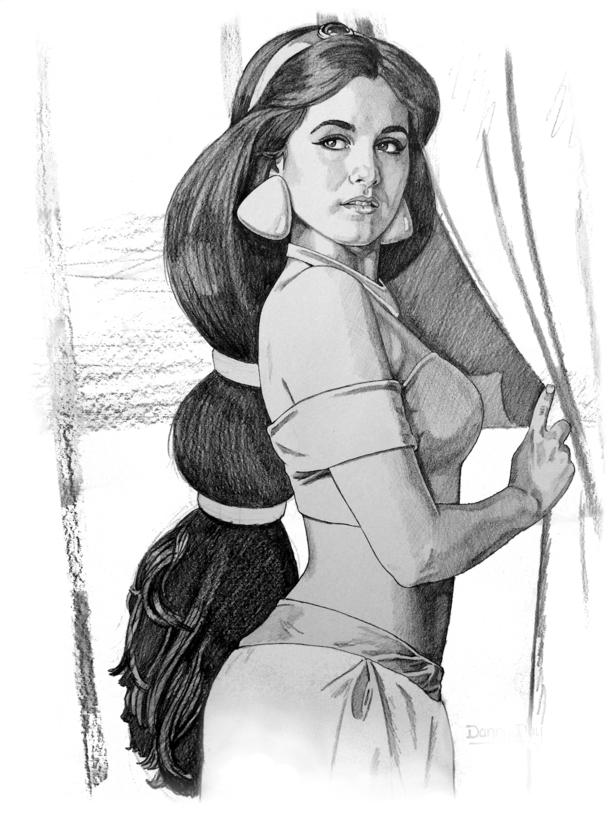 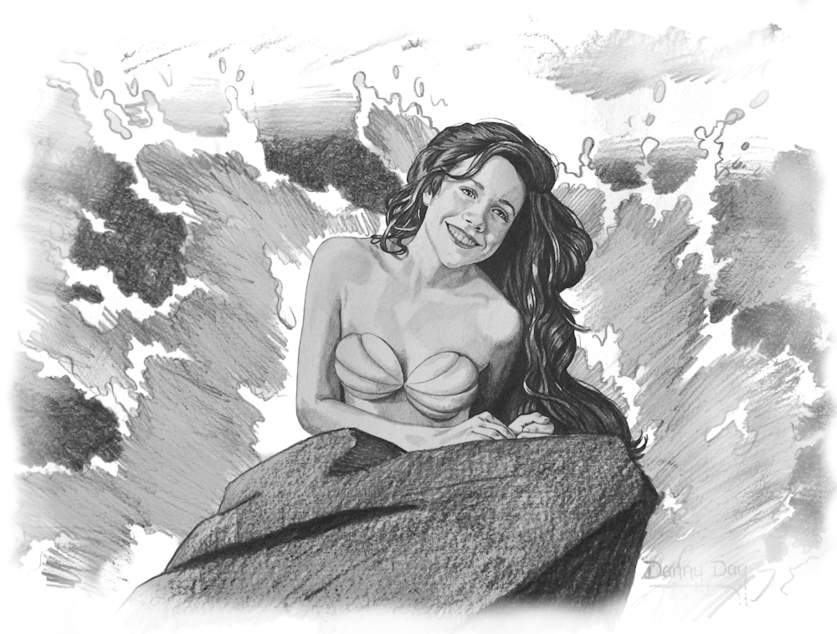 The idea for The Princess Series was the culmination of many events and circumstances throughout my life.  I grew up as a tremendous fan of classic Disney animation, and I still have fond and vivid memories of the many hours I spent drawing and redrawing Mowgli, Balou, King Louie, and Baghera, some of the characters from the Jungle Book. As an adult, I was pleased with the rebirth of Disney’s commitment to serious animation, beginning with The Little Mermaid in 1990.  My wife and I even celebrated my proposal of marriage in that same year by going to the theatrical re-release of the Jungle Book at the local cinema.

The path I chose as an artist, though, was much different than the animation dreams of my early childhood.  I became good at and fell in love with the ability to render and paint in a realistic fashion.  Starting with acrylics in high school and progressing into oil paints at art school, I found my life’s passion.  Combining my interest in the color, motion, and pageantry of sports, and my dogged determination to be a Realist, I set out to become a fine artist and turn my passions into what has become my body of work to date.

My life took an obvious turn with the birth of my first daughter in 2000 and continued with a second little girl three years later.  Visions of Disney Princesses started popping up all over our house, and dolls and toys of those same Princesses filled their rooms.  That combined with my wife’s incessant love of, and trips to Disneyland, planted the seeds of an idea that would come to fruition with The Princess Series.

As I watched the same movies over and over with my daughters, I started to envision some of the classic scenes from these movies portrayed realistically.  The imagery from the movies was beautiful, but I felt I could create an interesting blend of mood and color and bring those images to life.  In 2005 I shifted the subject matter of my paintings and was working on a series of pieces called Romantic Realism. As part of the set-up for my Romantic Realism pieces, I redeveloped my photographic skills in preparation for the photo sessions I had with different women.  These sessions would provide me with the images I use as reference for the paintings.

The first image I couldn’t get out of my head was the fountain scene with Belle from Beauty and the Beast.  So, on a whim, my assistant and I dressed up one of the models, who I thought looked like Belle, and photographed her in the pose from the scene.  I subsequently would use some of the models who I thought resembled one of the Princesses and recreate various scenes photographically.  I have since used these poses and set-ups as reference for the actual paintings you see here.  With inspiration from the original classic scenes and the help of my assistant/seamstress, family, and friends, I have tried to pay homage and stay true to the fascinating and beautiful images from all of the Disney Princess movies.  Please enjoy the paintings as much as I did creating them..

The Story Behind the Series 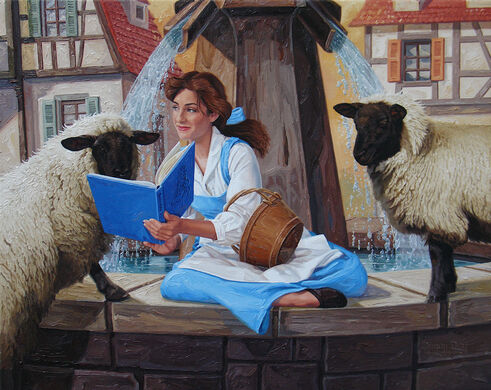